Transat, AT, Inc., a global leader in the tourism industry, specializes in vacation travel (air travel, lodging and travel packages). Transat was limited by Avaya’s old contact center infrastructure, as it did not allow it to provide consistent and uninterrupted service to contact centers in Canada, England, Scotland, France and the Netherlands. The problem was that these contact centers operated in silos and had their own server; this meant that the agents could not collaborate with each other, and that the company could not have a consolidated view of the reports, which prevented them from making business decisions based on the data.

Transat knew that it should consolidate its service operations and simplify administration. This led to a very important decision. One option could be to upgrade existing Avaya systems, which would mean more servers and very extensive processes to incorporate licenses, and another could be migrated to a more advanced contact center solution.

Considering the maintenance costs it had, the integration challenges and the continued need to support new digital channels and applications, Transat chose Genesys PureConnect to replace the old Avaya systems it had installed. The simplicity of this all-in-one solution offered new channels and capabilities, all through a single management portal. 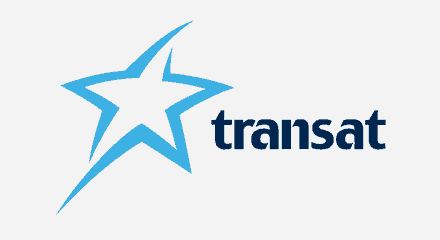