Behind the Wheel with James Hinchcliffe: Pandemic, Racing and Customer Service

James Hinchcliffe drives the No. 29 Genesys Honda for Andretti Autosport in the NTT INDYCAR® SERIES. And like managing a successful contact center, racing depends on getting the very best from its people and technology. What follows is a brief conversation with James about racing during a pandemic and his experiences with customer service.

Let’s talk about your season and racing during a pandemic. What’s different? What’s the same?

James Hinchcliffe: In a lot of ways, there’s a lot the same. And, in some ways, it’s very different. The races themselves are pretty much the same; however, the schedules are different. Usually a day or two has been cut off, shortening the duration of preparation and qualifying. It’s been challenging to know that your first time in the car is when you qualify. Usually we get a day or more for practice to adjust to the track and familiarize ourselves with the car, etc. One of the biggest differences is that fans aren’t allowed at the events. But, once I’m in the car, the job is the same. On the track, it feels like business as usual. So, while all the physical aspects of driving are the same as years’ past, the flow of the weekend and the vibe at the track is different this year for sure.

Do you think there are any lasting changes to racing as a result of the pandemic?

James: I think there’s a distinct possibility; sure. INDYCAR has probably wanted to explore some alternate race schedules, but tradition is a hard thing to break. With the pandemic, it forced racing to look at alternatives. I can see modifying race weekends in the future. I can see more double hitters in the future. I definitely see some positives in some of the changes we’ve been forced to make. And I think other businesses are in the same boat — they’ve been forced to make changes and some of them will stick around, while others may not.

At Genesys, we believe the best contact centers bring the best of people and technology together to deliver results. How does that parallel auto racing?

James: One of things I’ve always said about racing is that it’s not about cars; it’s not about engines; it’s not about tires — it’s about people. I’ve been on teams where we didn’t have as much money or we couldn’t go testing as often. We didn’t have all the cool bells and whistles some of the other race teams have. But what we did have was an extraordinary core of people and that will trump an extra gadget or test day — any day of the week.

When you’re working on such a complex problem as getting a race car to the finish line first, it’s about thinking outside the box. It’s about being innovative and efficient. It’s about working to your strengths and understanding your weaknesses. So, whether you’re driving a race car or operating a business, it’s the combination of people pushing technology that will create success.

When you think about all the amazing customer services experiences you’ve had, what similarities have you seen?

James: When I think of the great customer service experiences that I’ve had they always involve a really good person at the other end. So, whether I’m on the phone or at a service desk like at the airport, the best experiences involve a competent, engaged, empathetic person. That’s what always stands out, the people behind what’s happening — the people trying to make that experience as positive as possible.

Let’s talk about the Indianapolis 500®. For those who’ve never been or haven’t watched it on TV, how would you describe it? What is your biggest thrill? What is the most overrated aspect?

James: It’s such a challenge to put into words. I grew up a racing fan and started watching the [Indianapolis] 500 when I was four or five years old. So, I knew racing and I knew that event — and I thought it was the greatest event in the world. Then I got to see it for the first time in 2008. And I had no idea just how amazing this race was until I saw it in person. In 2009, I was driving in the Indy Lights series, so I was a part of it — a little bit — and was in Indy the entire month of May. I saw how the race took over the entire city; I didn’t even realize just how big this was.

Two years later, I was debuting in the Indy 500® and I was still overwhelmed with how amazing the event was. And, honestly, every year I go back it’s the same, I learn something new or appreciate something different. It’s the largest single day sporting event in the world — in the largest stadium in the world — with the fastest closed-circuit cars. There’s just nothing like the energy of hundreds of thousands of fans, 33 racecars going for 500 miles — it’s a surreal experience.

For more information about James, visit Andretti Autosport. And you can check out the Indianapolis 500® here.

We wish James the very best of luck; the entire Genesys team will be cheering him on as we watch on NBC on August 23 at 2:30 PM ET.

And learn more about how to drive innovation in your contact center with the Genesys Cloud CX™ platform. 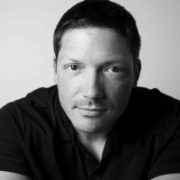 Chris is the Senior Brand Writer at Genesys. Since joining the company in 2017, he has overseen content marketing for mid-market and most recently brand messaging across all platforms and...