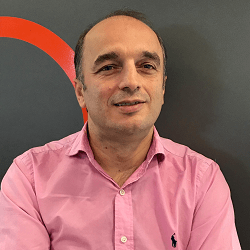 Striking the right balance between live agents and self-service

What’s not to like about the idea of contact centre automation? After all, every daily task that takes five minutes costs over 20 hours a year, or around half a workweek. Even if it takes 20 hours to automate that task, the project pays for itself within a year. And you’ve released employees to focus on higher-value tasks.

Yet, it would be wrong to think of self-service as a panacea. Imagine calling to report a motorway breakdown or burst pipe only to be greeted by a complex IVR menu or inquisitive voice bot. That’s a stretch too far. Even for digital natives looking to bypass human interaction. Indeed, there are many classic cases of over-automation backfiring.

Back in 2011, Gartner boldly predicted that 85% of customer relationships would be managed without human intervention by 2020. Forrester reported that by 2014 the share of

While Gartner’s original 2020 prediction is unlikely to become reality in the next 12 months, there’s little doubt customers are rapidly embracing automated service. Despite this we shouldn’t write off the telephone. Accenture found that 83% of US consumers and 76% of UK consumers preferred dealing with humans rather than digital channels.

Getting the right blend

Clearly, CX leaders must continue to deliver better service for less cost without alienating or, worse still, losing customers. So, how do you get the correct blend between human and digital service?

Fjellinjen point the way. With more than 650,000 registered accounts, the company handles about 108 million toll passages each year, generating valuable revenue for reinvestment in Norway’s transport infrastructure. It was decided to start small with robotic process automation for specific communications like email. This helped educate staff, while building AI experience for technicians.

Now, more than half of all chat inquiries are solved automatically. If the bot can’t answer a question, the contact is instantly escalated to the first available agent. The agent uses the Genesys Desktop to see the chatbot conversation, along with the customer’s full history, making it easier to resolve issues on the spot.

Good for agents and customers

Productivity among Fjellinjen agents rose by 5%, aided by better control of workflows. Service levels also improved, with 70% of phone and chat contacts answered within 30 seconds. Email response times have been cut from 5 days to 24 hours.

Customer feedback has been positive, too. Surveys collected through PureCloud confirm that 95% of calls are resolved first time, contributing to a consistent satisfaction score of 90% or higher.

In the eagerness to introduce artificial intelligence (AI) and other automation technologies it’s important to put an arm around your people. Allay their fears and concerns and make them feel part of the change.

DNB did just that and began exploring how AI could enrich careers by replacing dull, repetitive jobs with more expansive and rewarding ones. Now, to help make the transition, employees are openly encouraged to apply for reskilling.

The programme’s early successes included filling several freshly created data scientist roles. One of their first tasks will be to analyse and improve AI-enabled customer journeys. Other new positions under consideration include AI trainers. So, instead of trawling through page after page of mind-numbing transcripts, agents will be able to learn how to manage and train bots to do the heavy lifting.

Learn more about hot CX trends and see how PureCloud is helping organisations like yours digitally transform.

As a Senior Solution Consultant at Genesys, Ermir works with customers to deliver the best CX, improved efficiency, and sales revenues. With a background in the mobile and telecommunications industry Ermir now looks at how organisations can keep pace with the rapid rate of change in the CX market and prepare for the service world of tomorrow, today.