As part of Sabio’s online ‘CXNow‘ streaming series, Welsh Water, Anana (part of Sabio Group), and Genesys got together to talk about what it takes to make a rapid and successful transition to the Cloud. This article discusses some of the highlights of that conversation which can be watched on-demand.

We have all just been through a period of unprecedented change, one that has accelerated shifts in consumer habits and expectations, as well as presenting businesses with both new challenges and opportunities.
In the ‘next normal’, customer service will be of even greater importance, and many businesses are deploying new cloud-based technologies to consistently deliver exceptional customer experiences, whilst maintaining the flexibility to deal with whatever the future may hold.

Even before the pandemic, Welsh Water had already recognised the need for transformation and were planning a phased upgrade to their largely on-premise, office-based contact centres. According to Kit Wilson, Director of Operational Services at Welsh Water:

“We needed a solution that allowed us to be more responsive to our customers’ needs and give us the ability to make rapid changes to our systems and processes.”

Working with Anana, it quickly became clear that, rather than upgrade the existing on-premise solution, a transition to the Cloud would be preferrable, as it gave Welsh Water more agility to deal with unexpected disruptions. As Anana’s CEO Chris Woodward recalls, one of the concerns that kept coming up in the workshops with Welsh Water was the impact of something unexpected happening, like the ‘Beast from the east’, which was very disruptive the year before.”

This was the backdrop at the beginning of March 2020; a planned, gradual, and smooth transition to a cloud-based solution from Genesys. Then everything changed with the advent of the pandemic. Suddenly, the criticality of the project delivery became even more visible to the whole organisation, with 500 users from different teams right across the business, were going to have to be transitioned, and in a hurry.

A complete transition to the Cloud in just three days

The week before the UK went into lockdown, Welsh Water and Anana brought forward and accelerated the move to the new system. On Saturday, Welsh Water made the cut over, on Monday they went live with all their contact centres simultaneously, and that evening the Prime Minister announced the National Lockdown. By the following day (Tuesday), Welsh Water had completed the transition of the whole customer service operation to working from home.

Whilst this might seem like an unusual case, according to Genesys’ Brendan Dykes, Senior Director of Solution and Product Marketing, it is far from extraordinary. Brendan gave two other recent examples of organisations making a similar rapid transition; a UK utility broker who made the migration in 12 hours, and a European telco who redeployed 250 retail staff to support the call centre in under two days. In addition to this, an Insurer based in Ireland who after making the move to Cloud operations, became much more agile and responsive to changes in the organisation, business needs, and channel usage.

The recipe for success; walk, run, then fly

Brendan also shared the principles he believes are critical to ensuring a smooth, rapid, and successful transition to the cloud:

Following this recipe, Brendan summarised a successful outcome as:

“When you have unlocked the potential for the future and evolved the organisation from technology constrained to a ‘released’ organisation, which is able to be agile and move faster as business demands dictate.”

Chris added the need for having a compelling reason to change to Brendan’s list, and not getting bogged down on ‘edge cases’ or things that don’t really matter in the short term. Put another way; do not let perfection get in the way of progress.

The transition to the cloud accelerated transformation

Chris also noted another benefit of making the transition to the cloud; it brought forward access to new techniques and technologies that, whilst on the roadmap, had not been expected for months or years later. For example, knowledge integration, digital channels, AI, etc. All those projects were able to start much sooner. As Chris recounted:

“The knock-on effect of that rapid move to the cloud wasn’t just allowing the business to continue to serve its customers in a crisis, but also accelerate all the innovations that were planned to be done in the cloud anyway.”

The final word though must go to Kit; who said that, on reflection, the pandemic forced Welsh Water to deliver change at a far greater pace, and to take more appropriate risks; with the result of delivering a more resilient and responsive customer service operation. It is also now better able to adapt quickly to changing customer expectations and behaviours, all whilst maintaining or improving service levels.

Welsh Water had a compelling reason to change and to do so quickly, which it successfully did by transitioning to the cloud, supported by Anana. By following a ‘walk, run, fly’ approach, it was able to rapidly deliver on immediate needs, whilst also enabling and calling forward new capabilities. The result has been the creation of an organisation that is more resilient, adaptable and performant. Finally, this is not an exceptional case; the transition to the Cloud can be both straightforward and rapid.

To hear the full conversation and learn more around these subjects watch the on-demand webinar Transforming Customer Service at Welsh Water. 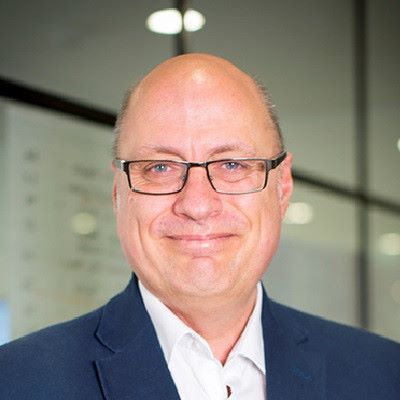 Peter is an expert in using a combination of data and behavioural sciences to lead transformation in the field of Experience Management (XM). Over the last 4 years, he has...